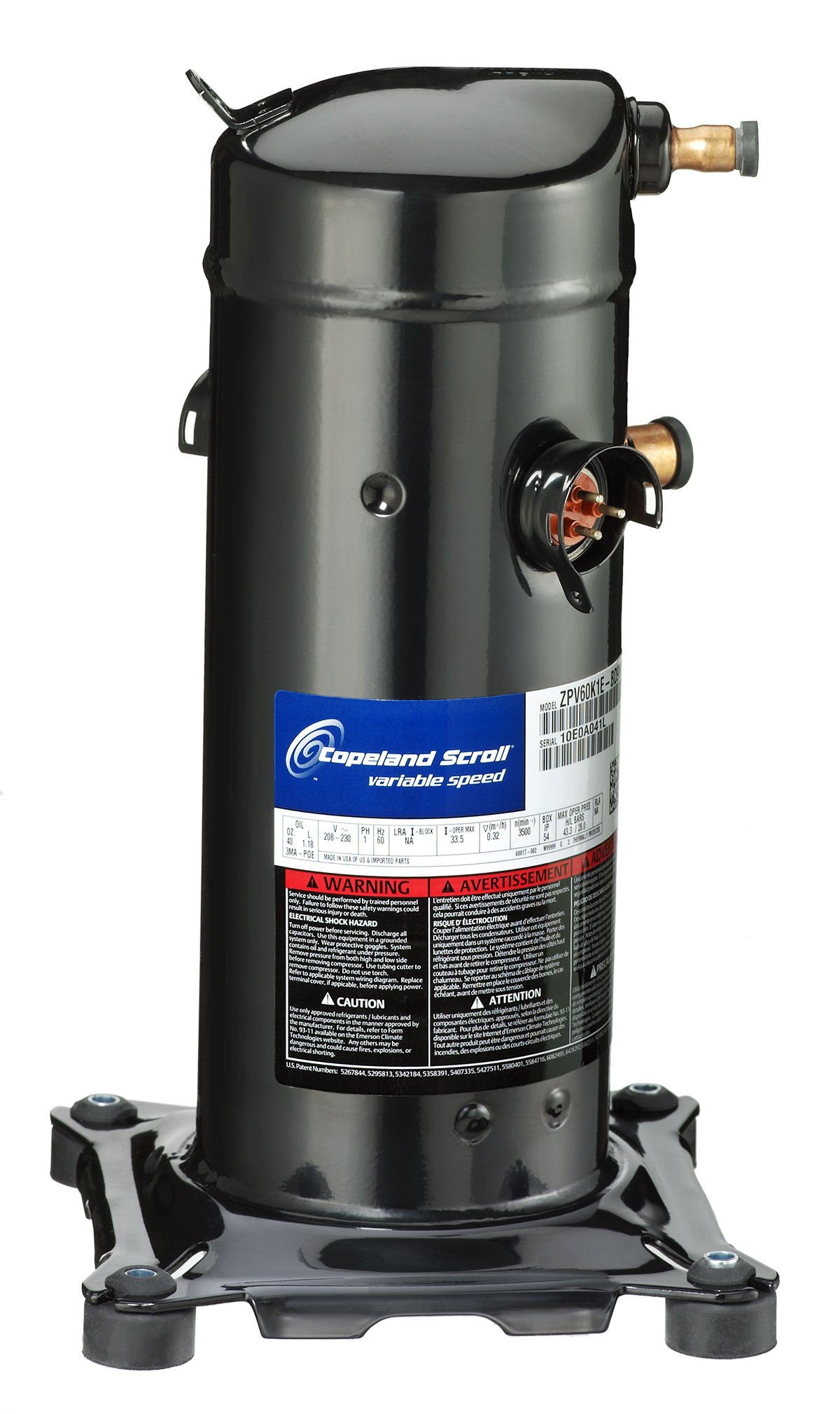 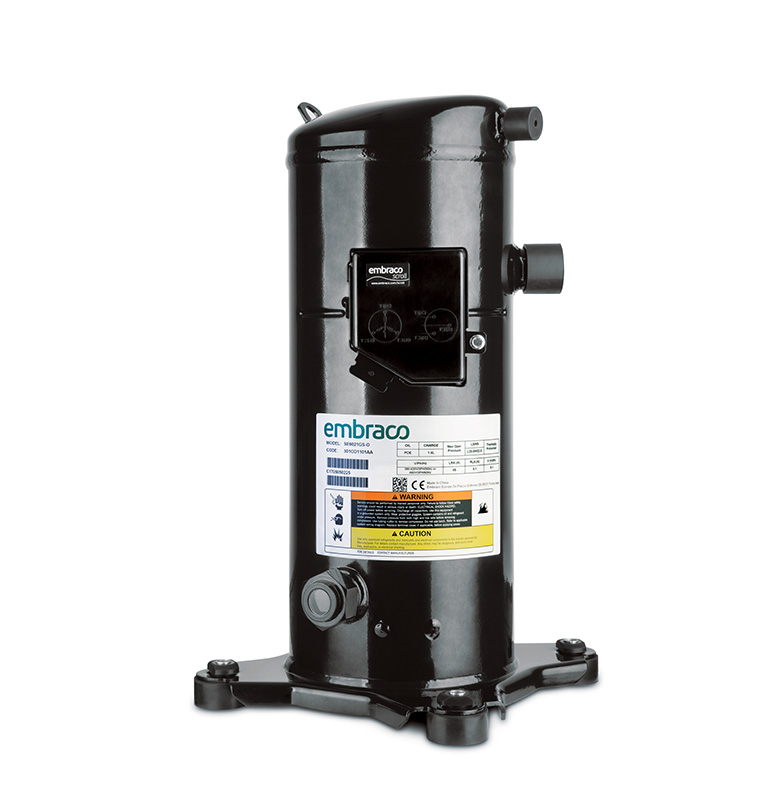 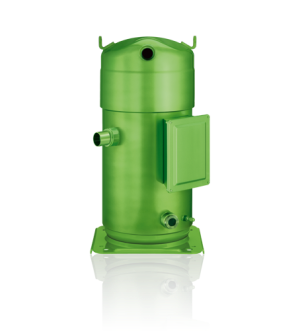 Scroll compressors consist of two coils or spirals. One coil is movable, and the second one is fixed (connected to the compressor housing).
The first scroll moves (turns) in a fixed run. The orbital scroll is connected to the compressor crankshaft. Due to the movement of the scroll, gas pockets arise between the two coils. The “pockets” on the outside of the spiral sucks the gas and move towards the centre of the scroll where the compressed gas is released. When the gas is transferred to smaller internal “pockets”, the temperature and pressure increase. The movements of the compressor’s spiral allow achieving the desired gaseous discharge pressure.
A scroll compressor can be divided by the speed of the drive (constant and variable). Each operating cycle includes three steps: suction, compression and discharge.
Depending on the amount of heat load, it is possible to adjust the cooling capacity in some steady-speed compressor models. 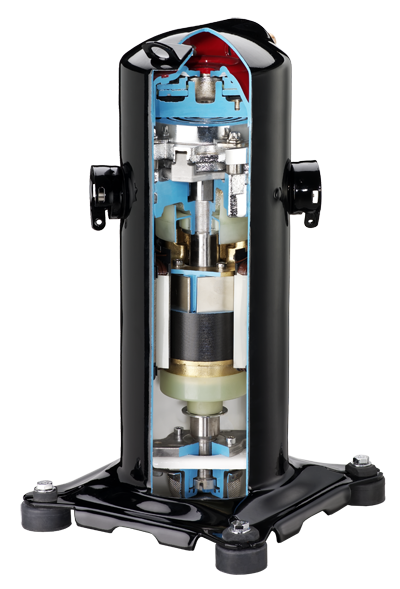 Compared to reciprocating and rotary bladder compressors, scroll compressors have the following advantages:
• Greater reliability resulting from a simpler construction of the unit
• Fewer losses allow achieving higher efficiency
• Due to the continuous removal of gas through the rotor, less noise and vibrations are generated